NAHREP @ L’ATTITUDE 2021 – Are you an inspired leader or a shortsighted user? 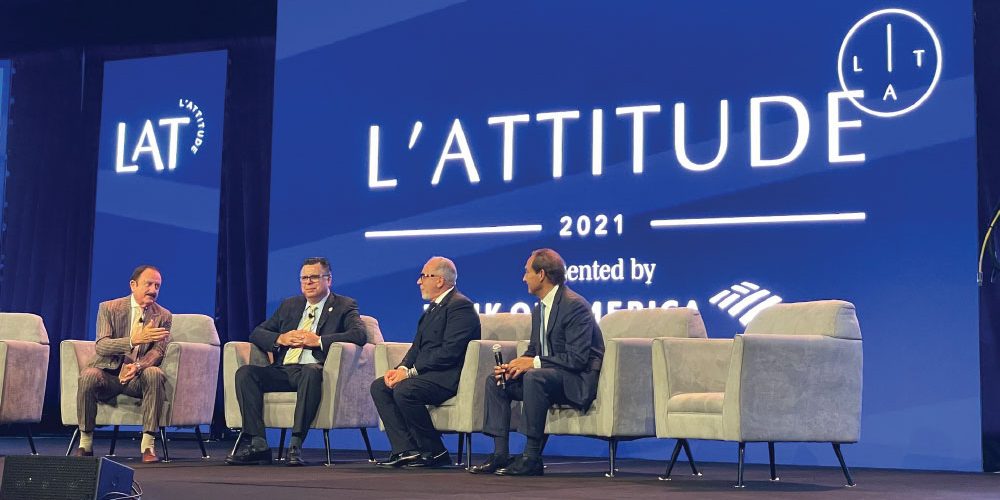 When people ask me what do I love most about my work as the leader of NAHREP, I always say it is the people who I’ve met along the way. Over a twenty-year span, I’ve met thousands of people. Now, with L’ATTITUDE, it seems like that number is increasing exponentially. Most have been amazing. NAHREP attracts some of the best people in the country and it’s been a privilege to get to know all of them. But…some just don’t get it.

Everyone comes to NAHREP looking for something. The majority of them are looking for something that will help them economically. That’s cool with me. Many have leveraged the NAHREP platform to build their mortgage, home inspection, insurance, REO, escrow, and title businesses. I have always supported this. NAHREP is a business organization, and it should be rich with business value for its participants. Additionally, I have always said the best thing any of our members can do for the organization is to be successful in their businesses. I want our members to prosper, but some of the people who have gained the most from NAHREP are no longer around. I can only assume they got what they wanted, and rather than give back, they mostly fade away. That may sound like sour grapes, but it really isn’t. While it does make me sad, my sadness is mostly for them, because they miss the best part of what the organization has to offer. First, they miss the chance to become real leaders, but more importantly, they miss the personal connections and the incredible feeling of purpose from being a part of something big that is a force for good. Most people live their entire lives and never get to be part of something like that. I have always said wealth and prosperity are important because they can give you the freedom to live the life you were truly destined to lead, but there is so much more to life than finding your next deal.

This past week, NAHREP hosted its annual convention in San Diego, once again in partnership with L’ATTITUDE. It was quite possibly the proudest moment of my professional life. The pandemic kept us apart, but when the doors opened for the first time in two years, the NAHREP faithful came in droves. I believe that when the book is written about NAHREP, the number of leaders it produced will be its strongest legacy. Nothing gives me more pride than seeing our members go from shy individuals lost in the crowd to bonafide leaders in their communities.

Leaders don’t exploit, they build…and they typically talk more about building a better world than they do about building something for themselves. This year, NAHREP @ L’ATTITUDE brought Deepak Chopra and Gary Vaynerchuk to our event. They were both phenomenal. They couldn’t be more different in their styles, but their messages were similar. They spent most of their time discussing true happiness and the importance of being a kind and enlightened person. I found it inspiring. Chopra and Gary V are wealthy guys, but they will both tell you becoming rich was never the objective, rather it was a byproduct of bringing real value and happiness to the lives of others. That may sound cheesy to some, but it is absolutely true.

On the L’ATTITUDE side, the CEOs of Nike, Disney, Bank of America, and The Home Depot shared pearls of wisdom. Venture Capitalists, mega entrepreneurs, national media, and about two dozen of the most successful Latinos on the planet filled the hallways. Among them were superstars Gloria and Emilio Estefan, World Champion boxer Canelo Alvarez, Birchbox founder Katia Beauchamp, banking executive Raul Anaya, tech entrepreneur Manny Medina, start-up CEO Guillermo Diaz, Cano Health CEO Dr. Marlow Hernandez, Disney board member Mel Lagomasino, Apple board member Monica Lozano, international business executive Sol Trujillo, and United Airlines CEO Oscar Munoz. I posted on Facebook last week that just breathing the same air as these individuals is priceless, but meeting and networking with them could be life-changing. To give you some context, in a couple of weeks, I will be speaking at the Milken Institute event in Beverly Hills. I’m honored to be part of such a prestigious event. Their lineup is impressive but not any more impressive than L’ATTITUDE. The registration price for the Milken event is $25,000 per person. We are dishing up a world-class experience for a fraction of the cost. If that doesn’t get you excited, either you don’t have a pulse or your vision is just too small to get it.

Fortunately, NAHREP has plenty of people who are inspired leaders. Those are the people I am speaking about when I say they have been the best part of the organization that I love. They are the ones that give NAHREP its soul – that energy people feel when they experience our organization for the first time. They didn’t just attend the NAHREP conference, some of them bought their kids and employees. They were the first attendees in the general sessions and were working the hallways and foyer making contacts and taking selfies – and always with a smile. They are some of the most incredible people I have ever met. I hope NAHREP helps to create thousands of millionaires, but let me be clear: its true calling is something bigger than that. We are building real leaders, servant leaders…The types of leaders that strive for prosperity, but who live for the opportunity to be a part of something that can change the course of history for the better. That’s what this work is all about.

To my NAHREP familia who participated in this year’s conference, thank you for making it our best one ever. For those who missed it, this is your wake-up call, either get on board or get left behind.

It has been long understood that a nation of stakeholders makes for a strong union, and for that reason, closing the minority homeownership gap has been a goal and a topic of discussion for decades.

International business executive Sol Trujillo emphasizes the necessity of “running with” one’s own ideas to Gary Acosta as he recounts his road from just beginning in the telecom industry to co-founding L’ATTITUDE.