Some Words on Dave Chappelle

You are here:
Current Affairs 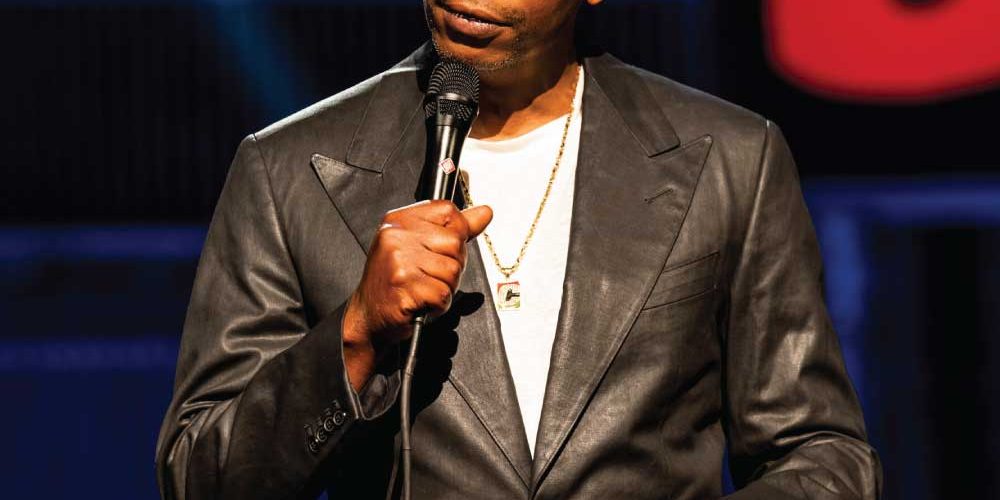 I have been a fan of Dave Chappelle for years. His stand-up comedy is among the smartest and most provocative in a generation. Last year, I blogged about the brilliance of 8:46, the show he created during the pandemic about the George Floyd murder. One of the memorable parts of that routine was when he told the story of Christopher Dorner, the former member of the LAPD who went on a killing spree of law enforcement officers after he was fired from his job, and how over 400 police officers responded in solidarity to the call when Dorner was cornered and ultimately killed in a Big Bear Lake cabin. Chappelle was making a point on how people tend to react when one of their own is attacked and why nobody should have been surprised when thousands of Black people took to the streets over Floyd. Throughout his career, Chappelle has been one of the clearest voices on race and social justice. I love that about him, but more than anything, I’m a fan because the guy is one of the funniest people in the world.

Unless you have been living under a rock for the past month, you probably know that Dave Chappelle has been under fire for his comments about the trans community in his most recent Netflix comedy special, the Closer. Trans employees and their allies at Netflix walked out of their jobs in protest and issued a list of demands for their return, which included acknowledgment of Netflix’s responsibility in the harm that was created for streaming transphobic content…strong words. Chappelle says that the controversy has impacted his career like nothing else before it, and interest in his unreleased documentary film has completely dried up from all of the major studios.

When an icon of social justice is called a bigot, it’s a big deal, and regardless of where I stand on this particular issue, I can’t deny it bothers me because I feel like it plays into the hands of actual racists and the formidable adversaries to equity and inclusion in America. I know those losers are enjoying this and I can actually hear them laughing in my head. That said, I’m not going to avoid directly addressing the Chappelle controversy, and providing an honest opinion on the subject.

One of Chappelle’s most compelling statements in the show is when he says his problems aren’t with trans people, they are, and always have been with the “Whites” …as he calls them. He explains how he believes that White women screwed up the #MeToo movement, and suggests they are at the root of his quarrel with the trans community. He supports his opinion by asking why it was easier for Caitlyn Jenner to change her gender than it was for Muhammad Ali to change his name; or how the rapper DaBaby could kill another Black person in plain view at a Walmart in North Carolina and not have his career impacted in the slightest but faces career death for making disparaging remarks about gay people. It begs an interesting question, which is: would the recent progress of the LGBTQ movement be as swift if their community consisted of only Black and Brown people? Of course not, but I think in fairness, the question is more complicated than that. When it comes to the White factor, I am 50/50 on Chappelle’s thesis. I do think White members of the LGBTQ community have certain privileges that are not afforded to Black or Brown people, regardless of their race, gender, or sexual orientation. However, I don’t think as a whole their path to inclusion has been substantially easier than other minority groups. Many Christians still believe gay people are an abomination to God and destined to spend eternity in hell. There remains an open and accepted hatred towards gay and trans people that most other people, even those from racial minority groups, have never experienced in their lifetimes.

The Closer wraps up with Chappelle telling an emotional story about Daphne Dorman, a transgender woman who was an aspiring comedian that befriended Chappelle a few years ago. According to Chappelle, Dorman did not find his comedy offensive and suggested that the criticism she received on Twitter for defending him may have played a role in her suicide in 2019. Chappelle’s talent as a storyteller is unrivaled, and you’d have to be a robot not to have tears in your eyes as he masterfully unfolded the Dorman story, but my first thoughts were different than I would have expected. I immediately thought about a person I know who occasionally posts borderline racist memes on Facebook that always piss me off. What’s worse is he defends them by saying his Black friends are not offended by them. However, I later realized that Chappelle’s point wasn’t really suggesting that if Dorman wasn’t offended by his comedy nobody else should be, rather he was trying to say his friend was as much a member of his tribe (comics) as she was of the trans community; a perspective that has the apparent support of Dorman’s family.

Dave Chappelle is not gay or trans, so in the end I asked myself, how would I feel if an Asian or Black comedian made fun of Latinos in a manner that I believed reinforced negative stereotypes. As much as I love Chappelle, I had to admit I probably wouldn’t like it. So as Chappelle himself explained in the Christopher Dormer story, we shouldn’t be surprised when the LGBTQ community rallied together when they felt attacked.

People who know Dave Chapelle say he spends months writing and workshopping his shows. The Closer was no slip of the tongue, but I think you have to try hard to get yourself to believe Dave Chappelle is a bigot. I certainly don’t believe he is. So, what was he trying to say? I think Dave Chappelle has always been willing to test boundaries and play with taboos. Ten years ago, jokes about trans people simply didn’t pose the risk that they do today, but when that changed, he resented how White people used it to turn the tables on him. At one point, he asks whether a gay person can also be racist. That question felt a bit forced. Yes, I am sure there are some gay people who are also racist, but I’m not sure what that proves.

In the final analysis, The Closer forces us to look in the mirror and recognize that there are good and bad people everywhere, and none of us should be judged or given a pass only because of race, gender, or sexual orientation. Chappelle closed the show by saying he is done joking about the LGBTQ community until he is sure we are all laughing together. Probably a good idea, if for no other reason than the real bigots in the world can shut up and stop pretending they are on Dave Chappelle’s side. If you’ve followed Dave Chappelle as long as I have, I’m sure at some point he crossed a line in your mind that offends you…If you don’t like it, you can fall asleep to Jerry Seinfeld instead. Has Dave Chappelle ever offended me? Yes…Am I still a fan? Absolutely.

I’ve written about this in other iterations. I’ve talked about finding your rhythm, and the importance of letting things come to you, not forcing things, and then riding the momentum when you have the wind at your back. The point of it all is that success is not linear. Progress doesn’t follow a straight line. For most people, the journey is long and winding. It looks more like a stairway or a hockey stick.