Chi-Chi Rodríguez at the Masters 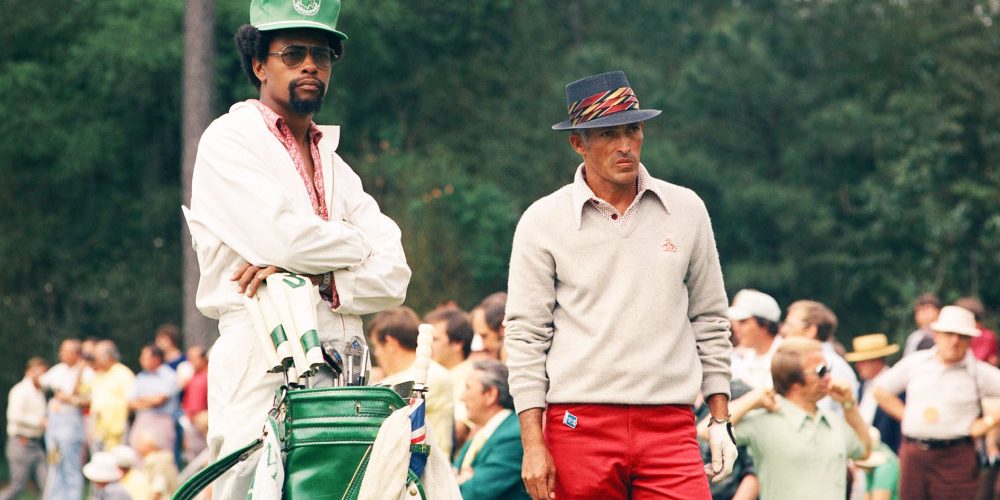 I recently stumbled on this 70s photo of Puerto Rican legend, Chi-Chi Rodríguez and his caddie, John Lynch at the Masters Golf Tournament held in Augusta, Georgia. Rodríguez, who turned 85 last October, was one of my favorite athletes growing up. It’s a great photo, but the back story is even more interesting. At the time, Chi-Chi was one of the few non-white golfers on the PGA tour, and the Augusta Golf Club, where the Masters Golf Tournament is played, was still a “whites only” country club in the South. Besides being a great golfer, Chi-Chi Rodríguez was one of the most beloved and entertaining athletes in the world. After making a long putt, he would famously hold his putter like a sword and dance like Zorro to the delight of the audience. Rodríguez’ personal story is also inspiring. He was born into poverty in Puerto Rico. He started working at the age of eight and eventually became a caddie, where he learned how to play golf. He made his first golf clubs out of bamboo. During his time as a professional golfer, he started and supported numerous charities and on one occasion, he gave away so much money, he didn’t have money to live. Chi-Chi was proud of his Puerto Rican roots, and rather than trying to blend in with the stodgiest crowd in all of professional sports, he introduced golf fans from around the world to the passion and vibrancy of his Latino culture. This incredible photo of Rodríguez playing in the most prestigious golf tournament in the world, at a country club that at the time would only allow him on its premises to mow the lawn or wash dishes, also shows that for a while Chi-Chi Rodríguez was one of the coolest cats on the planet.