Thou Shall Not Publicly Criticize Other Latinos – PART 2

You are here:
Latino Issues 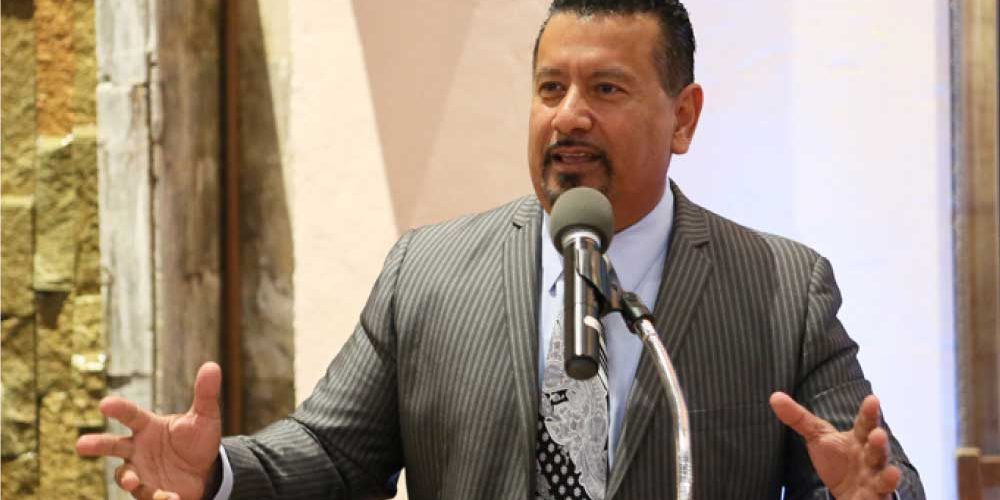 Two years ago, I met Richard Montañez in New York City. Richard was accompanying Indra Nooyi to a speaking engagement she had with the Latino Donor Collaborative. Nooyi was CEO of PepsiCo at the time. Prior to the meeting in New York, I had heard of Montañez. I knew that he had written a book about his unlikely rise from janitor to marketing executive at Frito Lay, and his invention that came to be known as Flamin’ Hot Cheetos. Socializing with Nooyi and other power players at the top floor of the Morgan Stanley building in midtown Manhattan, Montañez did not blend in. He wore a shiny suit, pointy shoes, and slicked back hair. He looked like a typical Chicano from East Los Angeles – and I took an instant liking to him. I also took notice that the star of the evening, Indra Nooyi, treated Richard like he was a vital part of her inner circle.

Over the years, Montañez profited from his story – with books, corporate speeches and most recently, by selling the movie rights for an upcoming film to be directed by none other than Eva Longoria. However, last week it appeared that Richard’s gravy train might come to a halt when the LA Times published a hit piece on him. The story was titled “The man who didn’t invent Flamin’ Hot Cheetos”, and methodically cited interviews with Frito Lay executives and accompanying corporate documents that made the case that a team of Frito Lay managers from the Midwest, none of whom were Hispanic, were the ones who actually developed the product – and not Montañez. The LA Times story had one purpose and one purpose only, which was to discredit Richard Montañez, and destroy his livelihood. I was immediately put off…

While I choose give Richard Montañez the benefit of the doubt, especially since PepsiCo subsequently released a statement siding with Montañez, I am not writing to discuss the origins of Flamin’ Hot Cheetos, I am writing about the ensuing Latino versus Latino street fight that took place on Twitter in the days following the LA Times story. The Times story was written by Sam Dean, a tech reporter who, not surprisingly, is not Hispanic. Anticipating a possible blowback from the Latino community for taking down a man who some consider a folk hero, it’s pretty clear the LA Times mobilized their small cadre of Latino editors and staff writers to aggressively defend the Dean story, while Dean himself stayed mostly above the fray. I’m not going to mention the Latino staff writers’ names, because I don’t want to amplify the debate further, but I can tell you it was pretty sad to see – and it wasn’t just them. Dozens of Latinos jumped in and many were more than happy to trash Montañez and defend the LA Times story. Now, it’s possible some of these people were bots or paid “influencers” employed by the Times, honestly you never know these days, but the optics of the whole thing was pretty disconcerting. I had this image of two huge corporations looking down at a bunch Latinos fighting with each other on their behalf. Hats off to my friends, Julissa Arce and Cesar Vargas who are always willing to err on the side of defending a fellow Latino for vehemently defending Montañez. I couldn’t help from jumping in myself.

Is it possible that Richard Montañez embellished part of his story to sell more books? Of course, it’s possible…Should Latinos be held to a different standard when it comes to honesty and integrity? Absolutely not; however, as I have said before, if we don’t have each other’s back, who will? Frankly, it should take more than a single story from a relatively obscure staff writer from the LA Times, for us to throw one of our own to the wolves. Richard Montañez has been telling his Flamin’ Hot Cheetos story for almost 15 years, and nobody challenged him until now. If he did embellish his story, I witnessed first-hand, he did it with the full support of his bosses at PepsiCo.

BTW – Montañez is scheduled to speak at the NAHREP at L’ATTITUDE event on September 30th in San Diego. Hope to see you there. It should be fun!

LeBron James and the Importance of Having a Second ActJune 5, 2021
Thou Shall Not Publicly Criticize Other Latinos – PART 2May 29, 2021
A billion-dollar start-up that is fighting NIMBYismMay 8, 2021
Category: Latino IssuesBy Gary AcostaMay 29, 2021